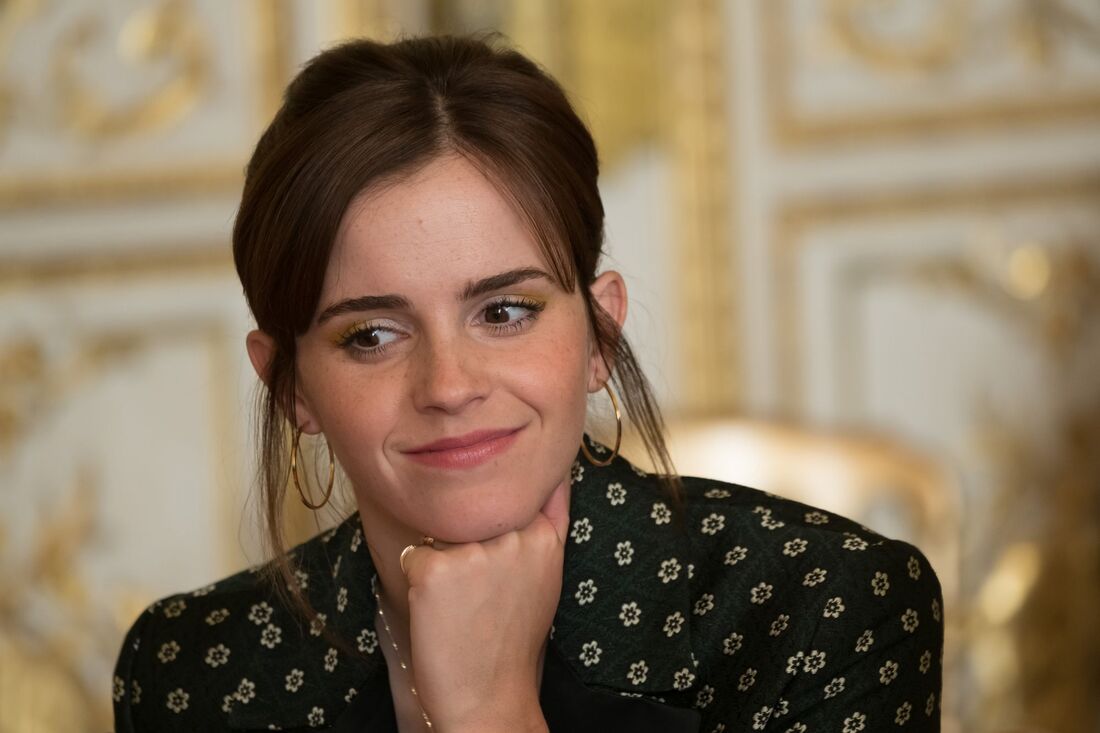 Emma Watson was born on April 15, 1990, in Paris, France, but raised in England. The actress got her breakthrough role as a child in the hugely successful Harry Potter film franchise. Watson grew up on camera as she reprised her role as one of Harry Potter's best friends, Hermione Granger, throughout the entire course of the film series. After committing to the Harry Potter series for a decade, Watson has transitioned into a popular adult model and actress, having appeared in the popular films The Perks of Being a Wallflower, My Week with Marilyn and Beauty and the Beast.

Early LifeEmma Charlotte Duerre Watson was born on April 15, 1990, in Paris. Her parents, both British lawyers, are Jacqueline Luesby and Chris Watson. Her brother, Alex, was born three years later. Her parents divorced when Watson was 5, and she moved back to Oxfordshire in England with her mother and brother.
Watson attended the Stagecoach Theatre Arts school at Oxford. She studied singing, acting and dancing, and performed in school plays. Her natural instinct for acting first came out when she won a poetry competition for reciting James Reeves' "The Sea" at age 7. Watson had never acted professionally when her theater teachers suggested her to agents looking to cast an upcoming movie based on the first novel of the best-selling Harry Potter series.
A 9-year-old Watson auditioned eight times for the role that would make her an international star. Harry Potter author J.K. Rowling, who was deeply involved in the film process to make sure it stayed true to the book, wanted Watson for the role of Hermione from her first screen test

Hermione GrangerWatson sufficiently impressed casting agents and the film's producers, and won the role of Hermione Granger, Harry Potter's smart, bossy best friend and voice of reason. Harry Potter was portrayed by Daniel Radcliffe, and Rupert Grint was cast as Ron Weasley, Harry's other best friend. The trio of British child actors would become known around the globe for their roles as young wizards fighting a battle between good and evil. Harry Potter and the Sorcerer's Stone was released in November 2001.
Watson's 11-year-old film debut was an enormous success. It grossed more than $974 million worldwide. On opening day in the United States, the film made a record-breaking $33.3 million.  It was nominated for three Academy Awards, and seven BAFTA Awards. Watson's performance received critical praise, and her status as an up-and-coming young film star was made.
For the next decade Watson stayed busy filming the Potter series. In 2002 she reprised the role of Hermione for Harry Potter and the Chamber of Secrets, in 2004 for Harry Potter and the Prisoner of Azkaban, and continued to star in the eight-part series through the final film, Harry Potter and the Deathly Hallows: Part 2, in 2011.

Coming of AgeThough Watson's been closely identified with her Harry Potter character, as an adolescent the young actress wanted to be seen as more. In 2007 Emma Watson starred in another film based on a children's novel, Ballet Shoes by Noel Streatfield. The film was aired on BBC One, and with Watson in the lead role, garnered decent, if not stellar, reviews.
In 2008, Watson branched out into animated work, voicing the character of Princess Pea in The Tale of Despereaux.
Though they spent their adolescence on film sets, Watson and costars Radcliffe and Grint kept up with their lessons, with five hours of tutoring each day.  She took high school equivalency exams, and made high scores in every subject. Watson took a year off from school to film the final two Potter movies, but maintained that she was committed to furthering her education.
Watson has tried hard to shed her child star image, one that's so closely tied to the Potter franchise. “I have lived in a complete bubble. They found me and picked me for the part. And now I’m desperately trying to find my way through it,” she said in an interview with Vogue.

New DirectionsAs a teenager coming of age as an established movie star, Watson has also emerged as a fashionista. Her style has caught the eye of many major figures in the fashion industry. "I love fashion. I think it`s so important, because it's how you show yourself to the world," said Watson.
In September 2009 Watson announced that she was working with People Tree, a fashion label that promotes fair trade.  Watson catapulted into the world of high fashion and modeling when she was chosen as the face of Burberry's Autumn/Winter 2009 collection, and again for the 2010 Spring/Summer collection

Watson took fans by surprise when she chopped off her long locks, and debuted a pixie haircut in August 2010. The new 'do helped her shed the child star image of her Potter days, and in July 2011, Watson graced the cover of Vogue. The next month, she starred in a commercial for Lancôme perfume.
Maintaining her commitment to her education, Watson enrolled as a freshman at Brown University in Providence, Rhode Island in the fall of 2009. Watson claimed she chose an American university over a British education because the American system allows students to study many subjects at once. Brown was also a place, Watson said, where she could more easily blend in. “I want to be normal,” she said. "I really want anonymity."
In March 2011 Watson announced that she was deferring her schooling to work on the Potter finale. In July 2011, Watson announced plans to return to Brown for a year to complete her degree after studying at Oxford University in the fall. She graduated from Brown in 2014 with an English degree. That same year, she was appointed a UN Women Goodwill Ambassador. She continues to speak out for women's rights and equality.
After concluding the Harry Potter series, Watson starred in The Perks of Being a Wallflower (2012), The Bling Ring (2013), This Is The End (2013), and Noah (2014). In 2017, she played the lead role of Belle in the live-action adaptation of the box office hit Beauty and the Beast, the highest-grossing live action musical of all time. In May 2017, Watson was the first person to win the MTV Movie and TV Award's first gender-neutral award for Best Actor in Movie. “MTV’s move to create a genderless award for acting will mean something different to everyone,” added Watson. “But to me, it indicates that acting is about the ability to put yourself in someone else’s shoes. And that doesn’t need to be separated into two different categories.”