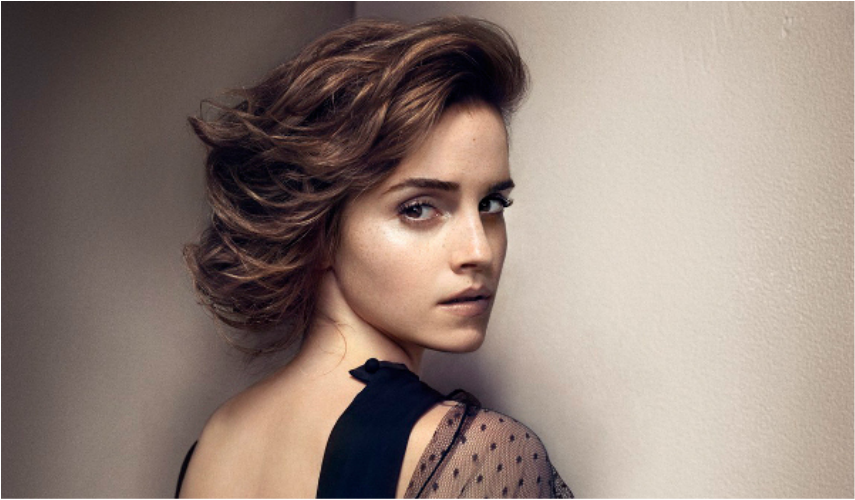 WOMAN OF THE YEAR: EMMA WATSON
Britain's brightest actress is now our leading star thanks to a run of great roles working alongside Hollywood's hippest auteurs. Forget franchises... Watson is taking control

Emma Watson is our Woman Of The Year. She knows she's our Woman Of The Year because ever since GQ offered her the award, her best friend has taken great glee in reminding her about it. But not reminding her when she's at her most elegant. No. She doesn't whisper in her ear, as Watson's about to stride down a red carpet, "Now, remember Emma, you are the Woman Of The Year." She doesn't quietly mouth it from across the room as she's striking a pose in a photo shoot ("Wo-man. Of. The. Year").
AdvertisementShe does not scream it as they're in a cab, rattling across Brooklyn Bridge, the New York skyline appearing like a pop-up book in the distance, bellowing like they're Winslet and DiCaprio in
Titanic ("You're the Womanoftheyear!").

No, Watson is told it every time she trips over, says something stupid, or generally acts like a bit of a klutz. "And right at that point," says Watson, giggling, "she'll say it. 'Well, you are the Woman Of The Year'. Basically, I've been getting teased a lot..."
Still, teased or not, it's fair to say that Watson, now 23, deserves the gong. For all the excited talk - and gloom-mongering newspaper columns - of what post-Potter careers may have in store for the one-time wizards, surely even the most optimistic couldn't have predicted Watson's current streak.

A couple of smaller character-study films (biopic My Week With Marilyn and coming-of-age drama The Perks Of Being A Wallflower) laid the groundwork. But then came the big hitters. First, The Bling Ring, which was released this summer, directed by Sofia Coppola (Lost In Translation).
Next, Noah, out in March next year, directed by Darren Aronofsky (The Wrestler, Black Swan), co-starring Russell Crowe. And finally, a dark, live-action version of Beauty And The Beast, directed by Guillermo del Toro (Pan's Labyrinth), which is set to begin shooting any day now.


Coppola, Aronofsky, Del Toro - three acclaimed, Oscar-féted auteur directors, all making the kind of big-splash films they don't often get to make, let alone cast the girl from Harry Potterin. "I remember saying to myself, 'If I pull this off, if all three of them actually turn out to be happening... people are giving me a proper chance.' I mean, I'd really prepared myself to come up against a lot of prejudice - you know, not being considered a real actress because I'd been part of this big blockbuster franchise."
So what changed?
Partly, she says, it was because she used to walk into auditions and say, "Well, I'm still learning, I'm just going to do my best, I'm not really sure..." and essentially suggest she wasn't really up to the job. Her agent had to take her aside and say: "Look, you can't go in there and tell them you might be all right!"
And so now, she's a badass.

Ask Emma Watson what has been the most hurtful recent piece of press about her, and she will tell you it was an interview in theNew York Times, in August 2012, by the British novelist Will Self.
The reason: "He just took away any of the work - it was like my life had magically happened to me, that I didn't have anything to do with it. Like I had nothing to do with my own life.
I really found it quite demeaning and patronising."
Put another way: Emma Watson would like it be known she's worked hard to get here, thankyouverymuch. "And the thing is," she says about the fact some might still see her as the girl fromHarry Potter, "I'm prepared to wait it out. If it takes five years, it takes five years. If it takes more time... I'm here for the long haul."
Sometimes, she says, she takes it all a little too seriously.

Just over a year ago, the late-night calls she fields from her agents in LA began stressing her out so much she had to take up meditation in order to calm herself down. "And so I'd get the call late, and I'd be jet lagged, and I'd have a lot of different things to think about... I just needed something to stop the noise. I'm a very heady person; I'm in my head a lot. So I just needed something to slow down my thought process and so every-thing gets a lot quieter. It's really helped me."
Another thing that helps, she says, is her journals. Watson has four on the go at any one time, each of which she writes in most days. One is a dream journal. Another a sketch journal. A third is simply a journal in which she writes late at night "just to splurge". The fourth and final one is for work-related issues - "script notes and ideas". Then, finally, there's an organisational diary, which she pulls out of her bag to show me. It, too, is crammed full - shedding all manner of cards and photos and notes as she opens it. "Packing can get a bit silly," she says. "But I do try to keep them small, so it doesn't look like I'm lugging around a library. So yes, I do like to keep organised. I like things being compartmentalised."
It's no surprise that Watson recently tweeted, "Look - I just want to know exactly what the next ten years of my life is going to look like OK?" Before adding: "And to have it organised on a colour-coordinated calendar. Is that too much to ask?"
This sense of control - the I'm-my-own-boss-thanks-pal part of her - even extends to the company she employs to handle her press.
When a fake Emma Watson Twitter account started tweeting, pretending to be her, her publicists then sensibly recommended that she set up her own, which they would control and tweet for her.
She agreed, but then she started reading it, "and it was just like, oh God, cringe. It was stuff like, 'Hi guys, I hope you're having a great weekend, I hope the weather's great!' Just so boring! I thought, oh my God - everyone knows this isn't me, and if they don't, that's worse! So I said to them, 'OK, everyone,
stop. I'll take it over instead.'"
In fact, the only thing that really interrupts this rather neat narrative - this idea of Watson making her own way, carving her own path, the former starlet becoming a self-possessed star - is the fact that, unlike her property portfolio-owning Potter co-stars (Daniel Radcliffe is said to own three properties in New York alone) Watson still rents her London house, and hasn't bought anywhere to live despite all her millions in the bank. "I know! I know! It's madness, I know," she says. "It's really silly."
AdvertisementIt must cost a fortune to rent an entire house, I say. "I know, I really should do something about it. But it's like my choices with everything. I just always have to be sure it's really something I want!" She laughs. "Yeah, you can see, there's a big thought process that goes on behind everything..."
She brushes a stray lock of hair behind her ear. "I guess it just seems really grown up."