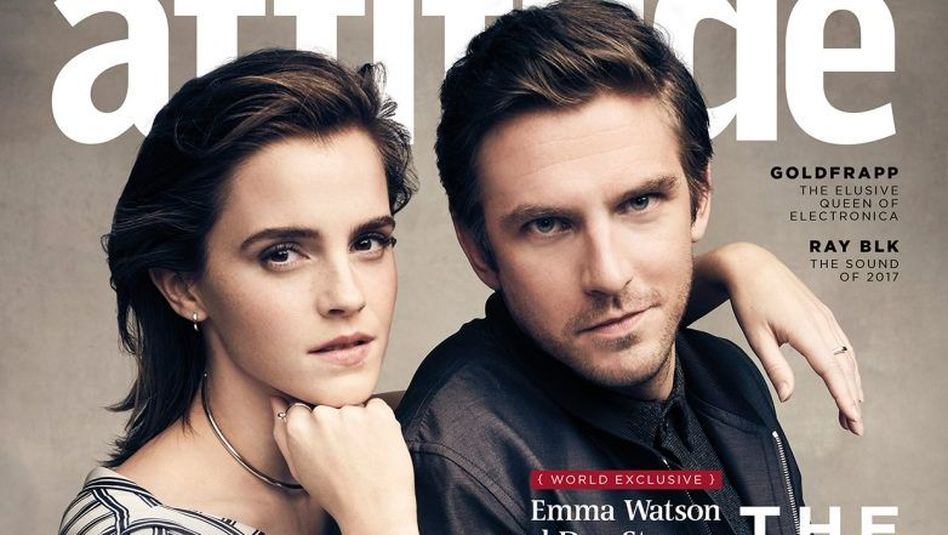 Attitude Magazine (April 2017)
​Disney’s live-action remake of Beauty and the Beast has quickly become one of the most eagerly-anticipated movies in history, smashing records when its first trailer racked up over 127 million views in just 24 hours last November.

While the re-imagined romantic classic starring Emma Watson and former Downton Abbey star Dan Stevens might seem like the ultimate celebration of heterosexual love, it’s actually harbouring a treasure trove of gay secrets – and is set to make history with Disney’s first ever “exclusively gay moment” on film.

As Emma and Dan sit down with Attitude for our brand new April issue – available to download now and in shops today (March 1) – director Bill Condon reveals the heartbreaking true story that helped shape the 1991 film, and how it inspired him to create a character that would break new ground when it comes to LGBT visibility on screen.

Played by US actor Josh Gad, the character of LeFou serves as the sidekick to the film’s primary antagonist Gaston (Luke Evans), and is set to feature in a small but significant subplot of his own when it comes to his sexuality.

“LeFou is somebody who on one day wants to be Gaston and on another day wants to kiss Gaston,” reveals Condon.

“He’s confused about what he wants. It’s somebody who’s just realizing that he has these feelings. And Josh makes something really subtle and delicious out of it. And that’s what has its pay-off at the end, which I don’t want to give away. But it is a nice, exclusively gay moment in a Disney movie.”

As Attitude’s April issue arrives on newsstands and the world prepares for Beauty and the Beast to hit screens on March 17, Attitude editor-in-chief Matt Cain has welcomed the news as a landmark moment for LGBT representation.

“It may have been a long time coming but this is a watershed moment for Disney,” he says.

“By representing same-sex attraction in this short but explicitly gay scene, the studio is sending out a message that this is normal and natural – and this is a message that will be heard in every country of the world, even countries where it’s still socially unacceptable or even illegal to be gay.

He adds: “It’s only a first step towards creating a cinematic world that reflects the one in which many of us are now proud to live. But it’s a step in the right direction and I applaud Disney for being brave enough to make it – and in doing so hopefully helping to change attitudes and bring about real social progress.’

The new issue of Attitude also sees the film’s leads Emma Watson and Dan Stevens discuss the underlying queer sensibility which helped make 1991’s cartoon iteration of Beauty and the Beast resonate so profoundly with many gay men.

“I think it was really important actually for Dan and I to develop and understand why each of our characters feel like they don’t fit in,” says Emma.

The April issue of Attitude is out now. To buy in print click here, or subscribe at subscribeme.to/attitude. To buy a digital copy, visit pocketmags.com/attitude.